The monarch migration is a highly anticipated event here at River Refuge Farm due to the fact that thousands of them choose our front yard as one of their many pit stops every year.

They usually stay here for a week or so and we spend hours each day studying their behavior and enjoying their company.
Watching them flutter around with those frail little wings and knowing that they will travel thousands of miles with the same pair is astounding.

A couple of years ago I began making earrings from the wings of fallen monarchs. Every member of my family has been seen plucking a dead monarch from the grill of a car or stopping on the side of the highway to retrieve one that’s been spotted in the middle of the road.

We’ve given a few pairs away as gifts but have kept the rest.
Recently, I have considered selling some of them and using the money to buy milkweed seed to plant here at the farm or donating the proceeds to a monarch butterfly conservation of some sort. 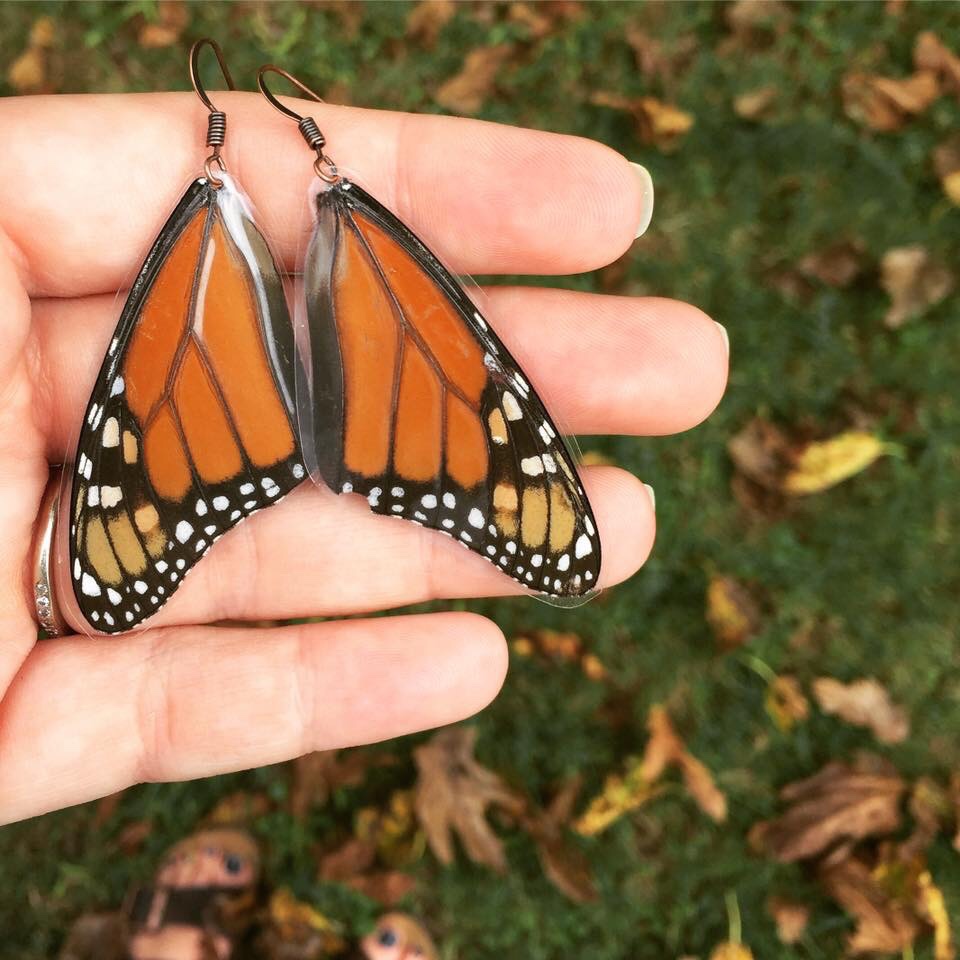 Occasionally, some of the wings will be damaged beyond repair once we’ve found them but I’m usually able to salvage one or two. 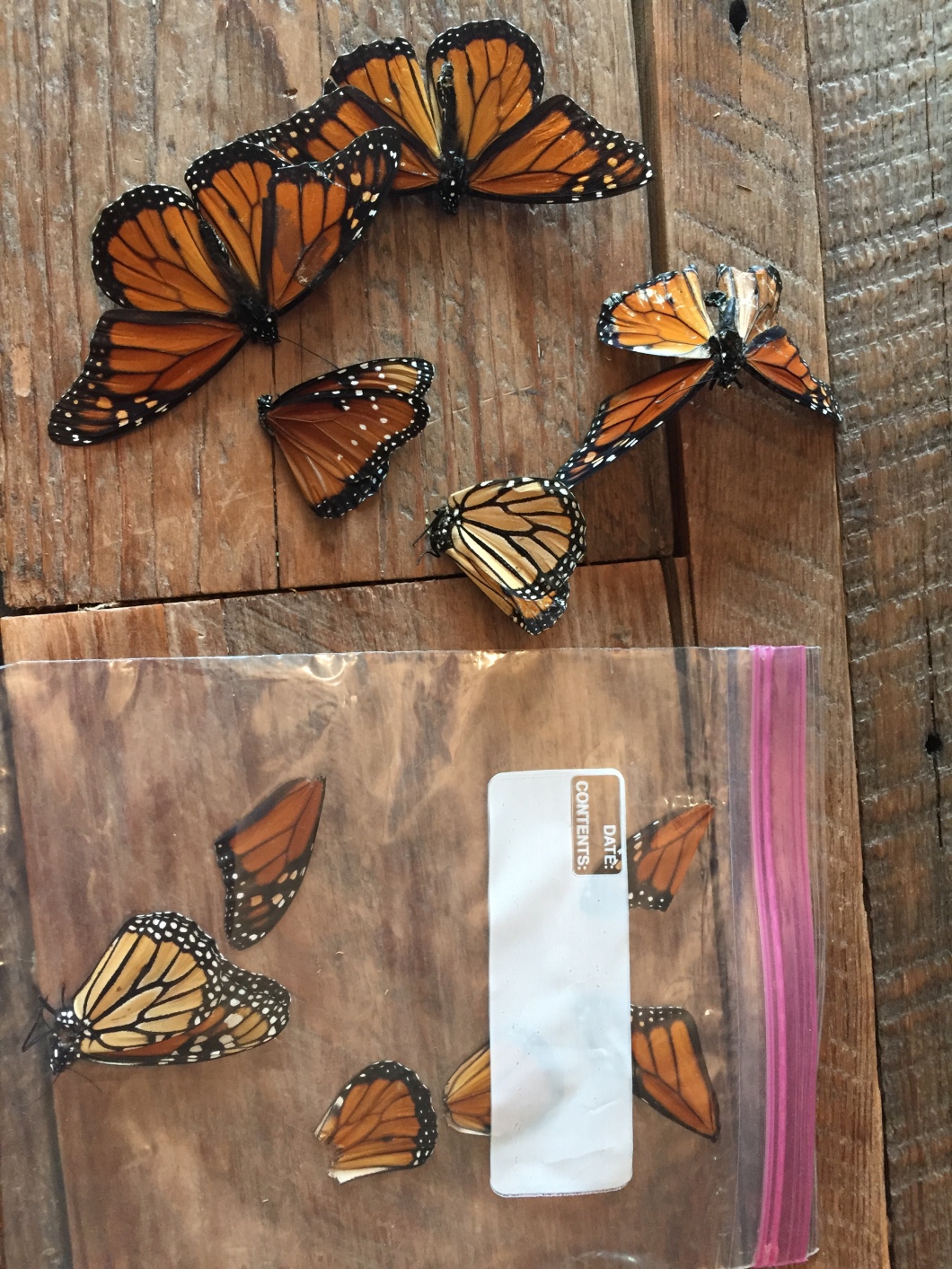 Preserving their wings has become a tradition and perhaps even a responsibility at this point.
Weird, I know, but it almost feels as though we’re honoring them.